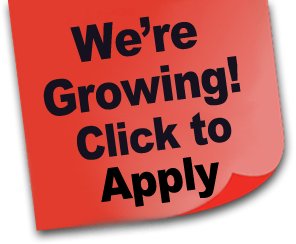 Flood Damaged Water Heaters… Are They Safe to Reuse?

Our thoughts and prayers are with the victims of the record breaking flooding in Northeast Louisiana, many homeowners are in the process of tearing out storm damaged debris and appliances from their homes. Many homeowners have water heaters that have been damaged by flood water. At All Plumbing, we have had many calls to replace flood damaged heaters and in some cases we are getting requests to relight gas heaters that have been submerged in water. Although a gas water heater may be able to be re-lit after it has been submerged, there is no way to determine the safety or the functionality of the water heater. If a homeowner has been advised that their submerged gas water heater can be re-lit, we are urging that they use strong caution before doing so, and we strongly caution homeowners against relighting them. The following are statements from manufacturers and experts on the subject of flood damaged water heaters.

Rheem Manufacturing also advises on a technical service bulletin titled “Submerged Water Heaters”:  “If your water heater(s), gas or electric, has been submerged in water, DO NOT ATTEMPT to repair, install, or operate the product. Due to the conductivity of water along with its corrosive properties all the operational controls are rendered unsafe. As for the insulation properties of the product, it would have become saturated with water which cannot be removed resulting in exterior corrosion and failure of the product. The affected water heater(s) should be removed, made unusable, and, replaced with a new unit.”

A.O. Smith Water Heater Company also states online in their "Suggested Guidelines For Water Heaters That Have Been Involved In A Flood" documents that:  “Any residential gas or electric water heater that has been flooded must be replaced. Rebuilding of the heater should not be attempted, especially if the unit has been totally submerged.”

All Plumbing cares about the citizens of North East Louisiana, and is praying for a speedy recovery from this record breaking flood.  Before you decide to reuse or relight your water heater that has been submerged by flood water, do some research, and only take advice from professionals. All of the above experts say to only use qualified experts for your water heater repair or replacement.

If you have any questions, or need us to help we can be reached at 322-6970 or through our website.

Helpful Links
Connect With Us